Working on the Open XML campaign was an amazing experience. I joined Microsoft in late 2005, thinking I was going to work as a SharePoint technical evangelist, but in my first month I found myself thrust into a role I never knew existed before, which had nothing to do with SharePoint and everything to do with international standards development.

My job became more about politics than software development, and I traveled the world with lawyers for the next two and a half years. When the dust settled in the summer of 2008, I had been to 28 countries as a technical representative to various standards working groups, and Ecma Office Open XML had become an ISO standard, ISO/IEC 29500.

Along the way, I made many friends – and a few enemies – all over the world. Some of my experiences seem unreal in hindsight, such as watching Stephen Colbert from a hotel room in India late one night and calling my wife to say "quick, turn on Colbert, he's making fun of ME!"

I took the time that summer to write up my Open XML journey and create a book of photos and stories. I had 20 or 30 color copies printed, and passed them out to selected friends and colleagues, as mementoes of our wild ride together. Here's a link to a PDF of the entire book – 86 pages of Open XML memories. What a trip! 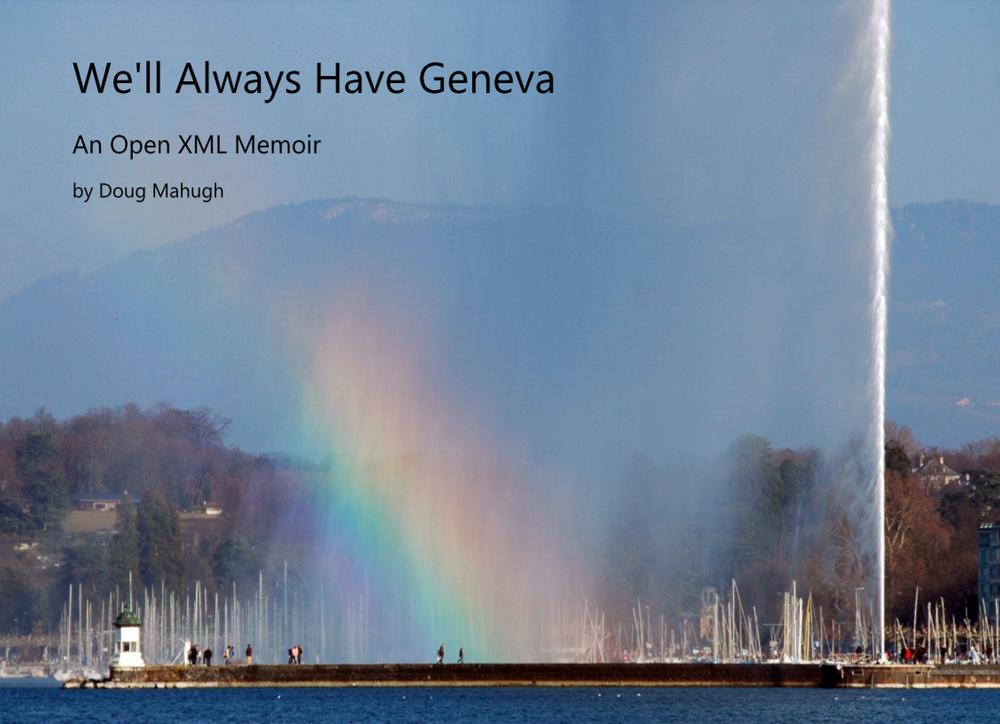 Thirteen years ago today, we picked up a 8 week old Jamie from Summerhill Samoyeds in Canada and drove him south across the border to his new home with two humans and three cats in Seattle. Megan named him Jamie. This post contains a few memories and thoughts about Jamie

Last night Isaac and I spent the night at Hells Canyon Guard Station in the Highland Mountains south of Butte. Originally built as a line cabin for local ranchers in 1906, the cabin has been owned by the Forest Service since 1910. It was first used as a guard station

We scattered Jamie's ashes today. It was fun to bring Isaac to this place that meant so much to Jamie and Alice, and it was also nice to bring Nancy back – she had only been there once as a pup. But most of all it was fun to see Alice's